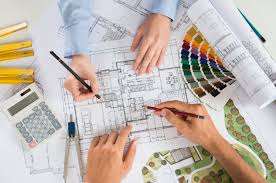 Welcome & Mission
Our mission is to guide the Town of Blacksburg's growth to create a vibrant and self-sufficient town with a unique identity. Our department's goal is to encourage and promote responsible development to meet the opportunities of Blacksburg's future. The goal is to collaboratively work with citizens and new developments to create a place where people live, work, and play in a safe environment.

Do you have a Planning or Zoning question?

We are committed to encouraging citizen participation, education, customer service, and partnerships with all community stakeholders. The Town meets with the community, including both residents and businesses, on a regular basis to speak on planning topics and answer questions and concerns from the public.

Knowledgeable staff members are ready to assist you at any time. We look forward to meeting you!

The Zoning & Planning Commission is comprised of five (5) residents appointed by the Town Council for three-year terms.  The Commission performs duties and exercises power and authority with regard to planning, subdivisions, zoning, zoning administration, and other land use regulatory controls as prescribed by ordinance and state law.

The Historical Commission is comprised of eight (8) members, seven (7) of whom will be appointed from the community at large, and one (1) member of the Town Council. Town Council appoints members for terms of four (4) years or until their successors are appointed and qualified except that of those members initially appointed one-half of such appointees shall be appointed for a term of two (2) years only. The councilmember will serve as an ex officio member with voice and vote. Vacancies shall be filled in the manner of the original appointment for the unexpired term. Members of the commission shall not serve more than two (2) full consecutive terms (Per Town of Blacksburg Code of Ordinances - Article III. Historical Commission)